Sometimes there are events that happen in your life, or you make happen in your life - choices you've made and the outcomes of those choices unfold in front of you. Some are of no real consequence. Others are what I like to call "lightbulb moments". When Bella and I secured our space for our 5th Wheel Coach in a charming small RV Park in Issaquah, Washington, we had no idea of the quality and character of people we'd meet as we got settled in.

One of our new neighbors and park administrator, Heather Thomas, was helping me with some of our paperwork in the registration office when she asked me what Bella and I do for a living. I told her that Bella is a full-time photographer and I am her 2nd shooter and Director of Operations. Her eyes lit up and she thought how fun and exciting shooting weddings must be. Days later while walking past our space, Heather stopped and asked if we could talk. She went on to tell me about her husband Renny and his battle with cancer, insurance issues, chemo treatments, etc. She mentioned that his 14-year old son who lived with his mother was coming up for Thanksgiving and that she would absolutely love to have us shoot some family portraits while Renny Jr. was in town. Bella and I told them we'd do the shoot and shared from our hearts that it was going to be our gift to them - no charge.

I really can't express enough that it is truly better to give than receive.  It was raining the day of the shoot but we got blessed with a sunset and had a wonderful time capturing Renny, Renny Jr. and Heather just being themselves at her cousin's gorgeous home. I was so touched and impressed that Renny never complained about his condition and had such a great attitude you'd almost think he wasn't fighting this horrendous disease.

After editing the shoot, Bella and I put together a slideshow with soundtrack by Casting Crowns and showed it to Renny and Heather in our coach. Let's just say that there were tears. Tears of joy, tears of appreciation, tears for Renny's health, tears for the dedication Heather exemplifies being a steadfast wife and caregiver....a genuine moment of raw human emotion, empathy and love. This is when the lightbulb went off in my head. "Aha, now I know why we are here in this park" I said to Bella.

I want to share their story and asked Renny if he would write something for this blog because I know he is not alone in his struggles. Perhaps there are others who can relate to his challenges.

Here is his letter and enjoy the pics that follow;

Thank you for offering to share my story.  Meeting you two has been a true blessing in Heather’s and my life.  She mentioned you would like me to write you the account of my journey with multiple myeloma, but at times I may refer to “we” because although I’m the patient who has been affected by this cancer, so has my wife and the rest of our family been pulled into this fight.  Without Heather and the love and support of our family, I don’t know how we could get through this, or how I could do it alone. Yet we always seem to hear stories of someone who has gone through some malady alone. I hurt for them because I know the fear and helplessness I have felt – even with all the support I could ever have imagined.

In 2008 we learned of my cancer after I made a trip into the emergency room feeling just rotten and bloated.  I had terrible edema and had been putting off going to see my doctor. Ironically I had an appointment to see him the following day and I just never made it. The ER told me I was experiencing kidney failure, though they couldn’t explain why. It took a little over a week for them to determine the renal failure was secondary (caused by) to the myeloma. I didn’t fit the classic medical stereotype for myeloma; the disease typically is detected by geriatrics, and at 35 I was hardly in that demographic. I was 6’2” and a physical security specialist bodyguarding some very well-known names.

With kidney failure comes dialysis. With cancer treatment comes chemotherapy and radiation therapy. I was immediately determined to be permanently disabled, put on Social Security and Medicare. I also had my employer’s insurance (eventually COBRA) to cover what Medicare would not. Because of the complicated nature I was in (35 with Stage IV myeloma), the Mayo Clinic in Phoenix, Arizona became involved. A little more than a year from our initial trip to the ER, the “cure” was a kidney transplant (from a dear friend, and that’ a whole other story altogether) and an autologous stem cell transplant. In other words, I would get the kidney transplant first, then after I was well enough from the first procedure I was to go back and get the stem cell transplant which was a collection – or harvesting – of my own stem cells. All told, by the summer of 2010 I was well again, working in my craft, and (Praise God!) able to keep the cancer away with a low dose oral chemotherapy and monthly check ups.

This little adventure had cost us our jobs, life savings, and forced us into bankruptcy. However, we were doing so well health-wise, that we decided to move from Southern California to Washington so my wife could be closer to her family.  I had my health and marriage intact, it seemed only fair to Heather after all. We got by in central Washington just fine for a couple of years, but my cancer counts began creeping up and up.  By January of 2013 I was back to the Mayo Clinic for a second stem cell transplant. Unfortunately, the second didn’t have the same wondrous effect that the first had, and my cancer began to need more attention that just monthly maintenance.

Soon we found ourselves in Seattle, two and a half hours away from our home in Yakima. I was being followed at Fred Hutchinson Cancer Center and the Seattle Cancer Care Alliance.  In the fall of 2013, they notified us that they had found a bone marrow match for me and that I could undergo a new type of stem cell transplant, but this one was to be more complicated due to using a donor’s stem cells rather than my own. Our private insurance through my wife’s employer had signed off, but we would otherwise have to pull up our stakes and move to Seattle for at lease three to six months for the transplant and subsequent maintenance and following. Heather had to leave her job, but we kept up with the COBRA, moved into our parents’ 5th wheel trailer and moved just outside of Seattle. My cancer was a little more pronounced at the time November-December, so SCCA decided to heavily treat me with chemotherapy for five to six weeks before attempting the transplant. But after January 2014 we learned that the new Affordable Care Act (Obamacare) was in full effect, and our insurance company must then acquiesce to the same guidelines of coverage as Medicare and Medicaid – who insisted that allogeneic stem cell transplants are experimental only – and therefore no transplant would be performed.  Legally, it would take an act of Congress to get me a stem cell transplant covered by insurance. But forty-five days earlier, we were all good to go.

So here we are, reduced to a trailer with a few of our select belongings (space is a premium when you’re in a camper) and the rest of our lives in a storage container. But this humbling to simplifying life experience has taught us a lot about love, humility, and what matters most: God, family, and your dearest loved ones who transcend all the other metaphysical parts of our lives. Our marriage and love for each other is stronger than either of us could imagine. The trust quotient of our relationship is paramount, and we both serve a loving god who promises us the nothing but the very best in the end. Thank you Father!

Also we learned that the government should have stayed out of healthcare. 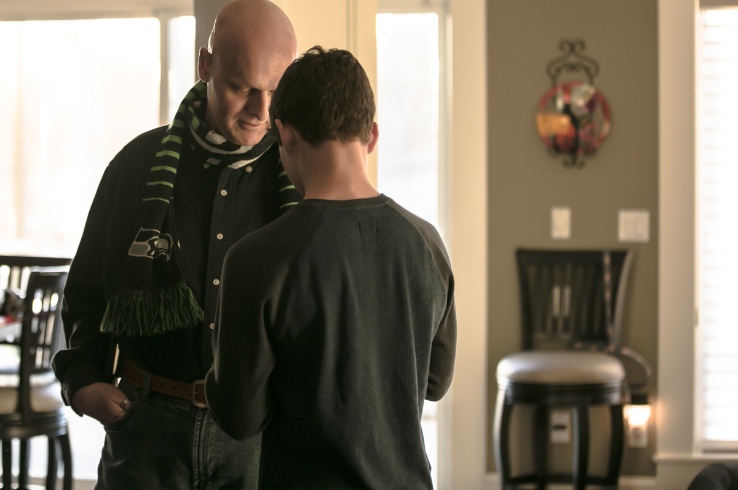 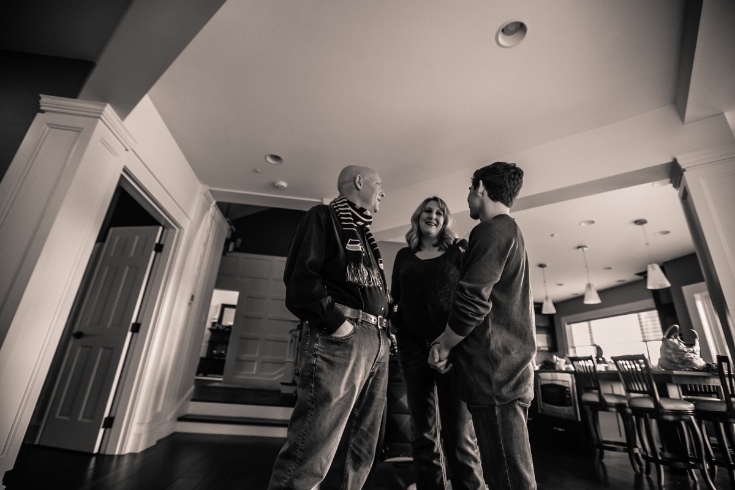 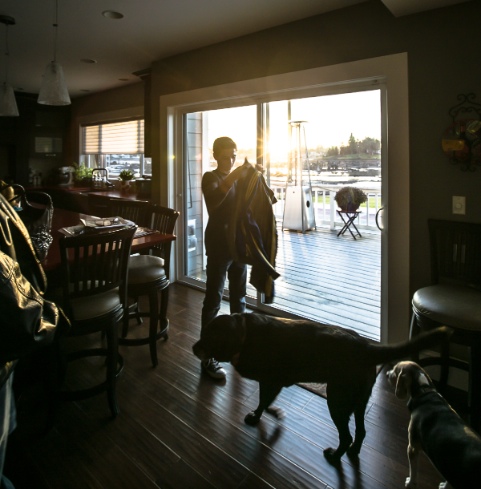 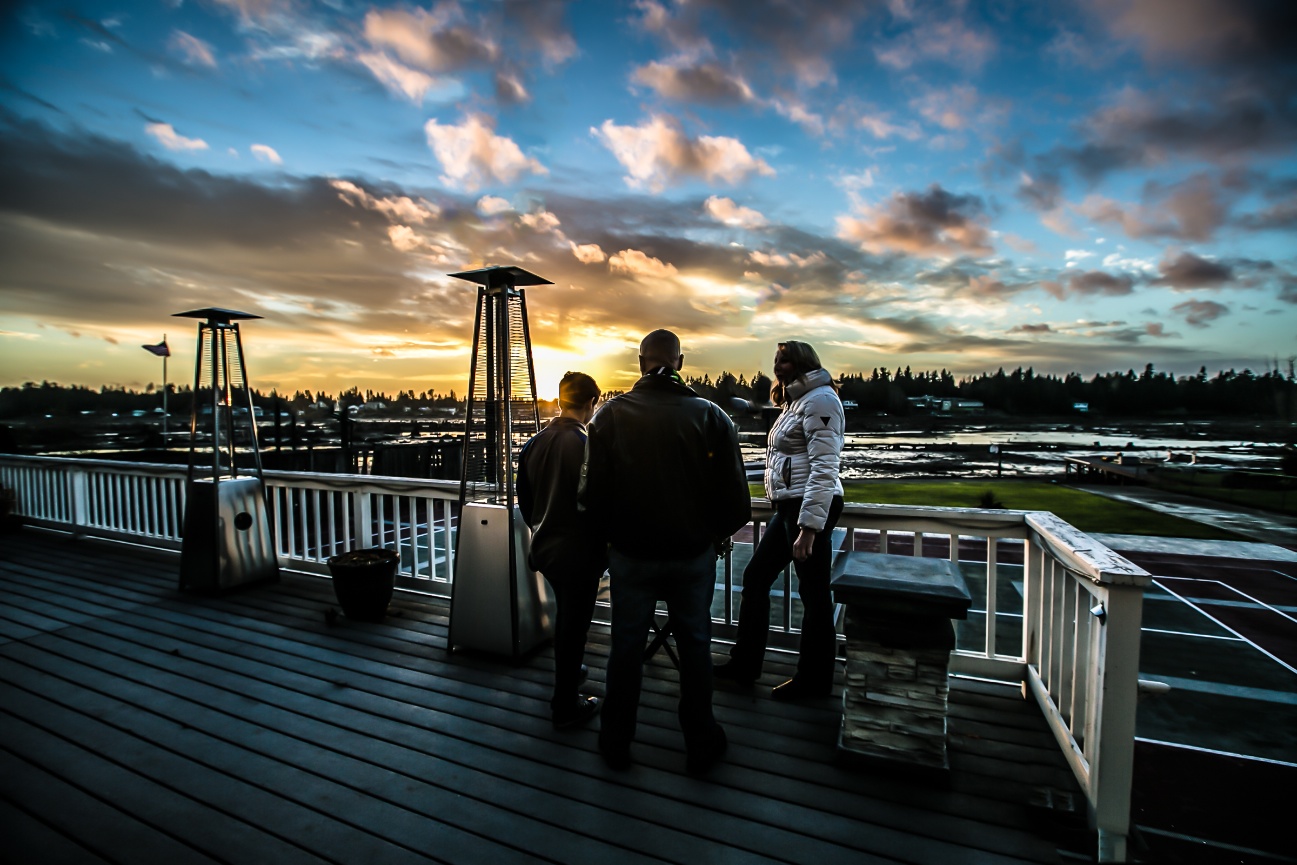 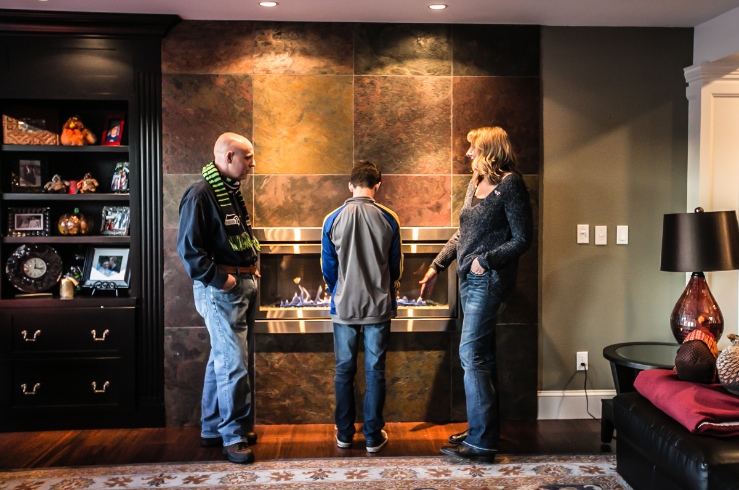 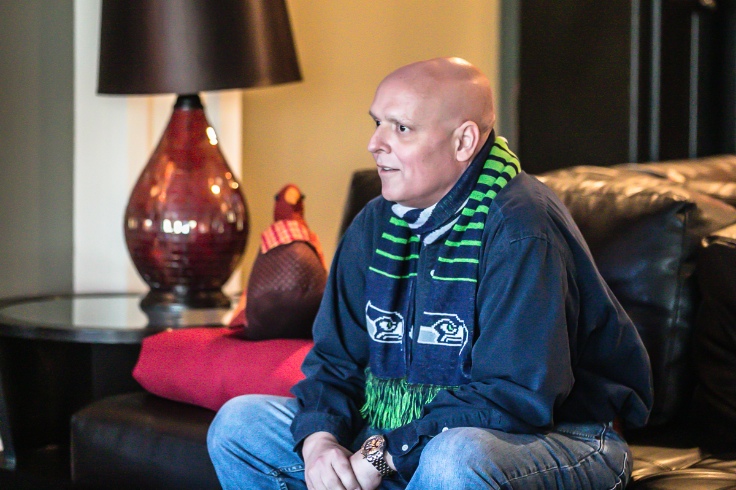 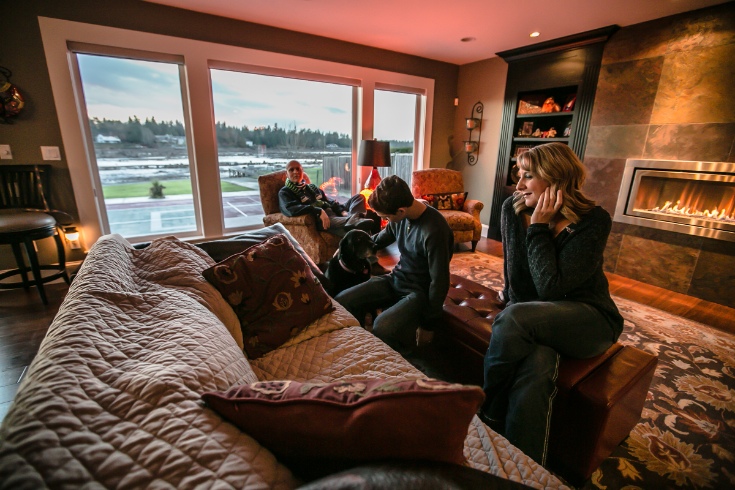 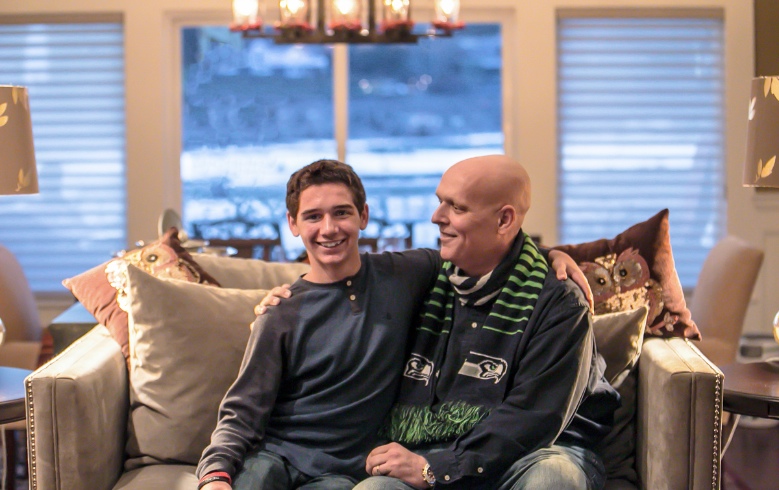 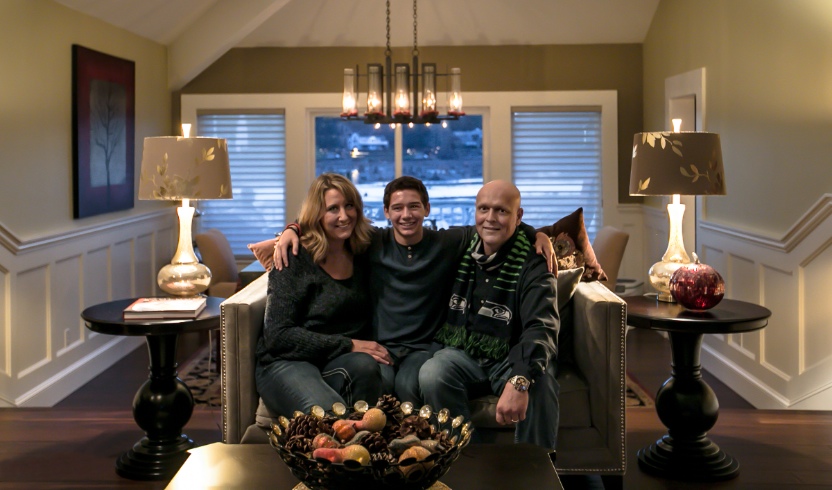 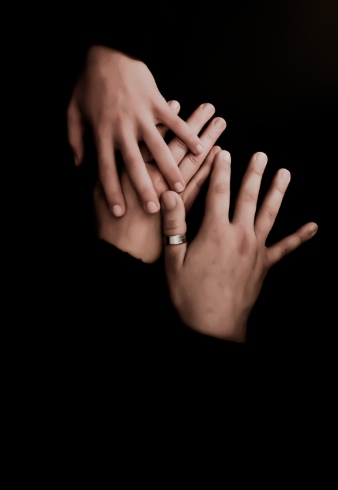 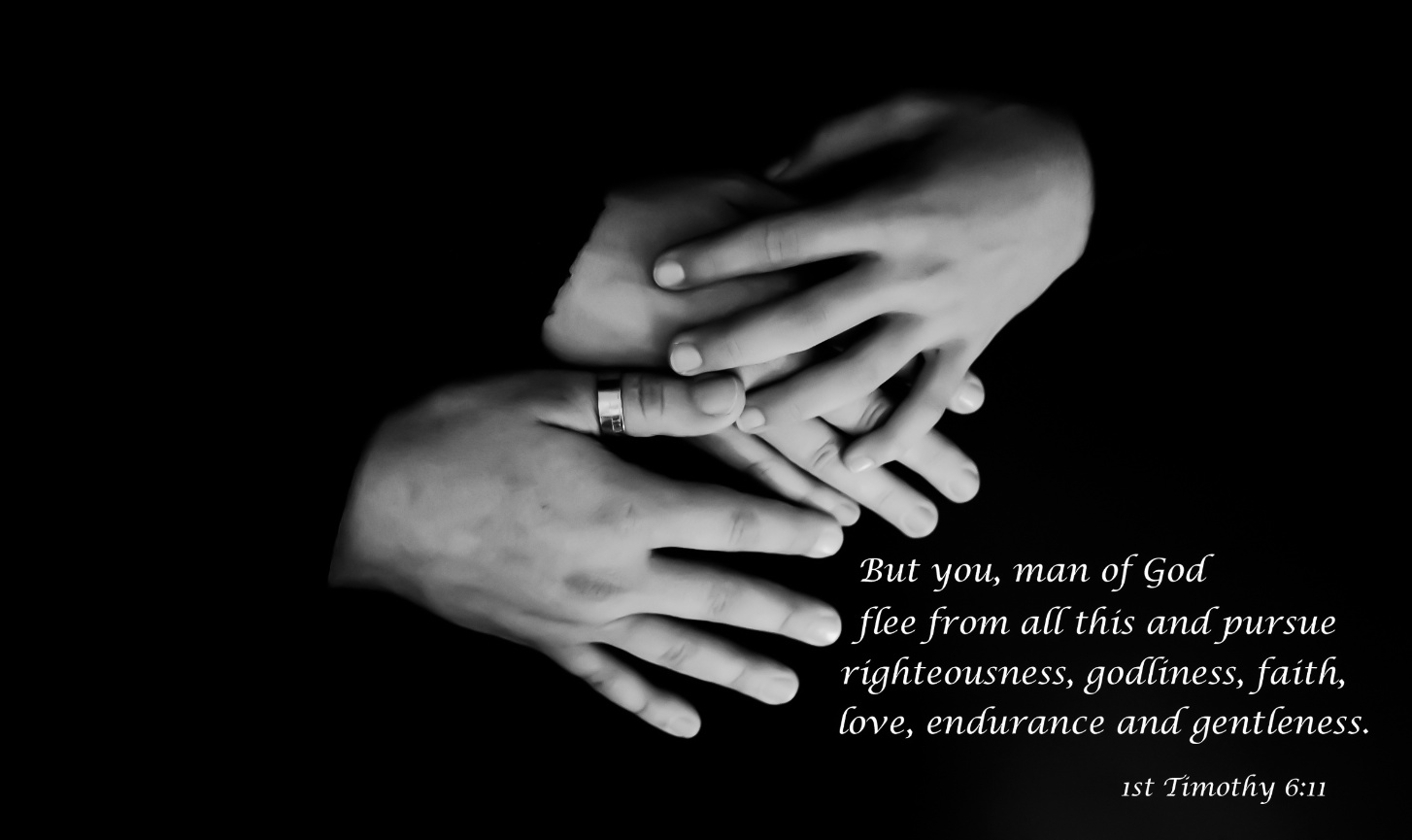 Maria Downey - Thank you for sharing your story not only through your words but also with your pictures. Beautiful emotions went straight to my heart.

Marileen - I am not surprised that Bella and Brook were so generous and sensitive to the situation and feelings of this family. They have pure and loving hearts. Also,the timing of this release just shows their thoughtfulness to the Facebook readers. Loving thoughts and prayers are sent to them and the Thomas family.