We love going to Whistler, BC for any reason but this time was even better as we got to witness and capture the surprise engagement of Joni and Terry in the snowy wonderland.

Terry had us hiding near a cool wood covered foot bridge that spans a wide creek between the Whistler Village and the Blackombe side of the resort. He took Joni's hand as they walked beside the creek to an area with some adirondak chairs. Bella had her 70-200mm ready to go - Ninja style. We couldn't hear what he was saying but started shooting just in time for Terry to drop to one knee in the snow to ask Joni for her hand in marriage.

The look on her face was epic as he pulled out an engagement ring and put it on her finger.

I'm such a mush, I was totally getting choked up watching them.

Just as this was taking place, a couple of young women came walking across the bridge and turned to see what we were pointing the camera at. They screamed, "Oh my God, he's proposing to her!" and whipped out their point-and-shoot cameras. Tourists!

You know how you can meet a couple that seem really relaxed and comfortable with each other, like they are appreciative to be in each other's lives? That's Joni and Terry.

We're blessed to be shooting their wedding this summer as well. Ah romance! 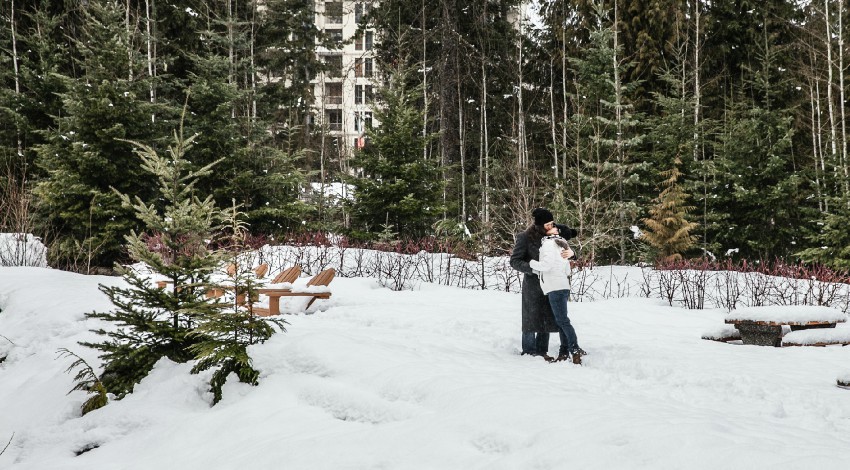 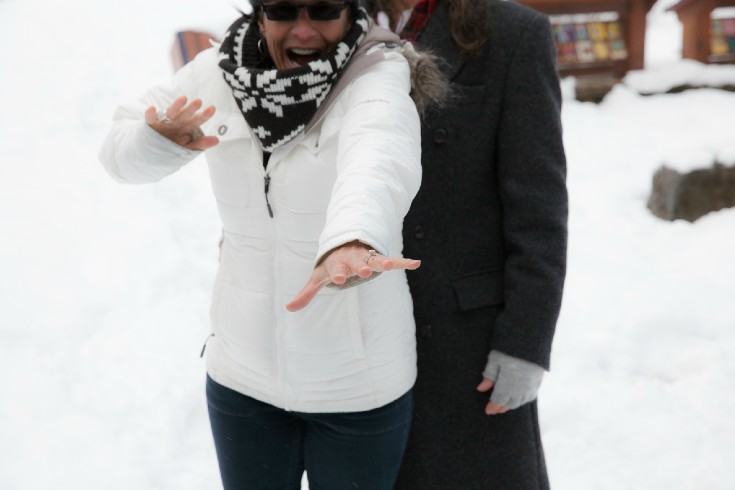 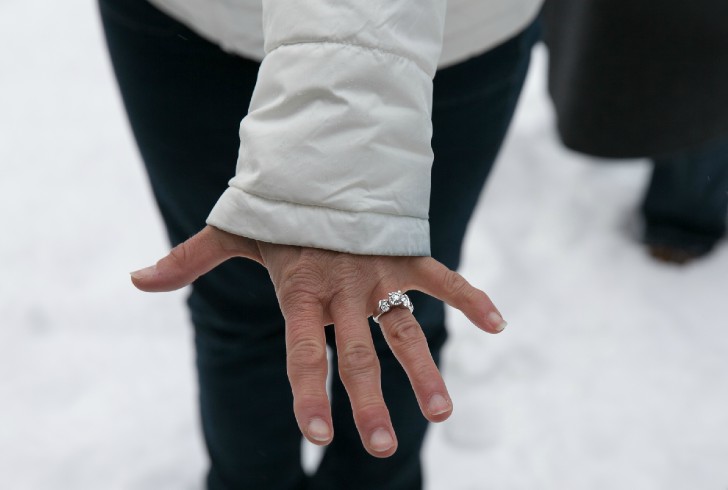 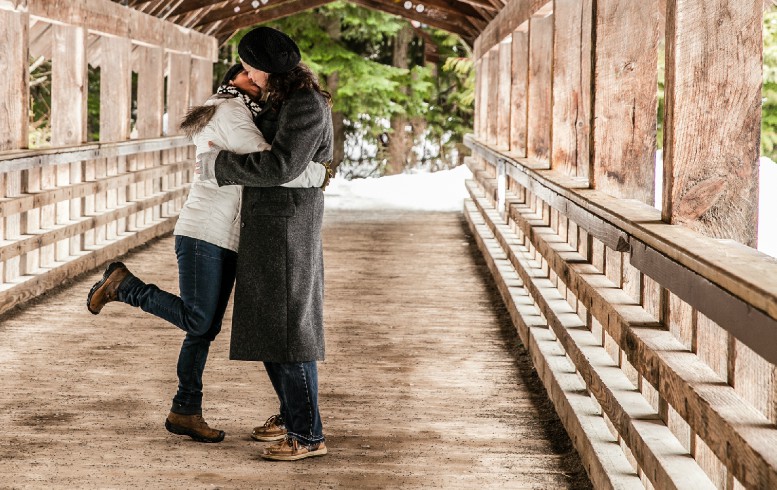