Sunshine of your Love

It was a long hot summer for the northwest. So who would expect anything else but more sun and blue skies for a late August wedding? Well, it's the Northwest....so anything can happen and often does - weatherwise.

This was the case for Daidre & Doug's wedding day held at Tibbets Creek Manor in Issaquah, Washington but make no mistake about it, those two can make a gray drizzly day brighter - and that's just who they are.

I will never forget what Daidre announced on the night of the rehearsal when she had heard that there was a strong chance of rain on their wedding day. She said, "It just doesn't matter because tomorrow I'm marrying the man of my dreams". We all just looked at her in amazement of such a great attitude and romantic outlook! That awesome attitude that both Daidre and Doug have permeated the wedding day from the bride prep to the reception and beyond.

As part of our husband & wife wedding photography services Bella covers the bride prep and brides maids and I go shoot the groom and his "league of distinguished gentlemen". Even when it came time for me to go shoot the guys getting ready at the groom's house there was a snag in our plans - Daidre found out that the road to the house was completely blocked due to a car accident as a result of the rain. THANK GOD FOR CELLPHONES! - Daidre just calmly said not to bother going to the house and that we'd have to do something else. No worries. Bella and I came up with a plan to use one of the upstairs rooms at the venue to simulate the guys "gettin' ready" room - even though they arrived fully dressed. All good. I really enjoyed Doug and his buddies - they all had great attitudes, were comical, and a blast to shoot.

After Daidre's hair and make-up were styled to perfection, it was time for the reveal. The manor has an exquisite sweeping grand staircase, reminiscent of a southern mansion, and we knew we had to take full advantage of this great feature. So Daidre descended the staircase slowly like an angel as Doug waited just outside the double doors at the landing, she paused briefly at the doorway, then we told Doug to turn around to see his lovely bride. We absolutely love this part of shooting a wedding because you won't see truer, raw, authentic emotions as this. Watching the strongest of men go totally weak in the knees and the look on their face of utter adoration is a treasured event to witness.

Another great moment was when Daidre's mom got to see her for the first time in her wedding dress and when her grandmother, whom she lovingly calls "MaMoo", arrived there were tears of joy - an obvious special bond.

Due to the rain, the ceremony was held under the big white tent - THANK GOD FOR BIG WHITE TENTS! - instead of out on the lawn as originally planned. It was officiated by a good friend of theirs and he made it fun and a real reflection of what Daidre & Doug wanted in a ceremony. The flower arrangements were done by Daidre's aunt and looked amazing! Surrounded by friends, family and co-workers, the toasts were hilarious as well as sincere and well-thoughtout. The food was outstanding as were the gourmet cupcakes from Pinka Bella Cupcakes! The remainder of the evening featured the couples' first dance, bouquet toss and they danced the night away to the fabulous mixes and lighting from DJ Becka Page.

We love Daidre & Doug and feel so blessed to have them in our lives! 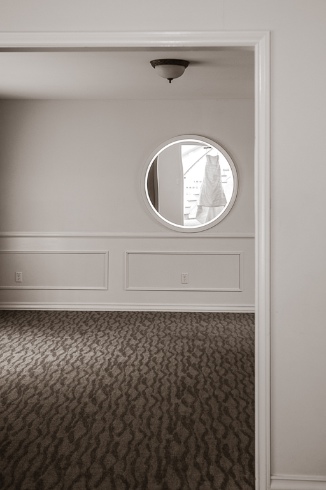 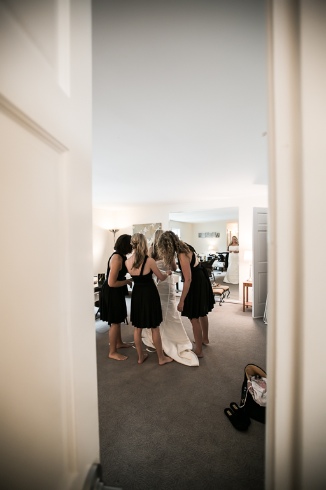 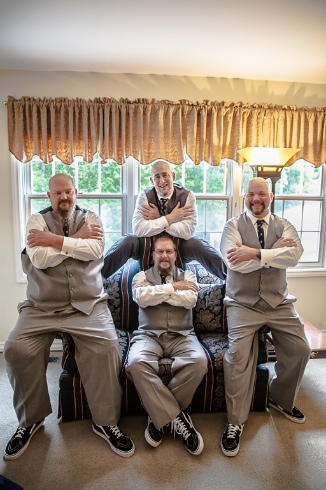 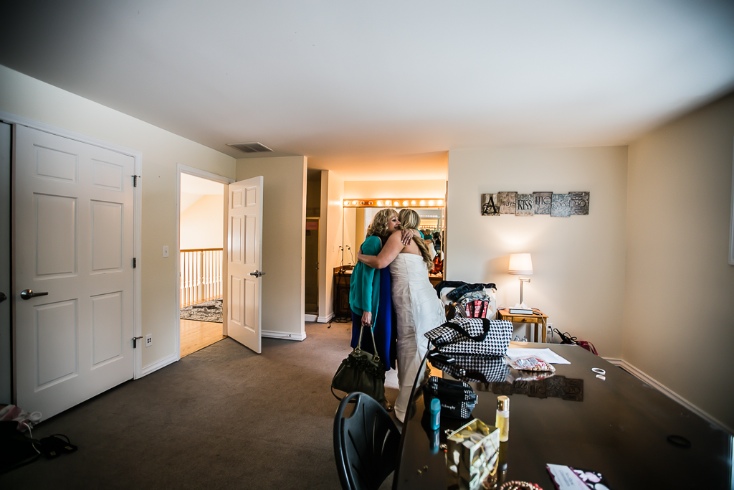 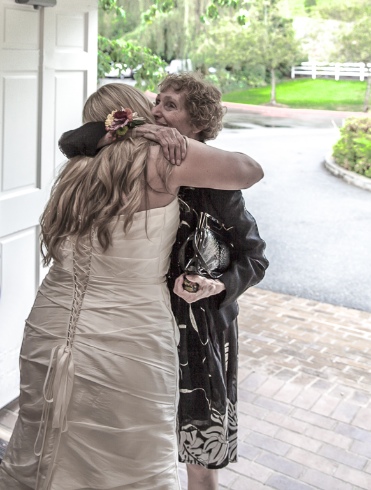 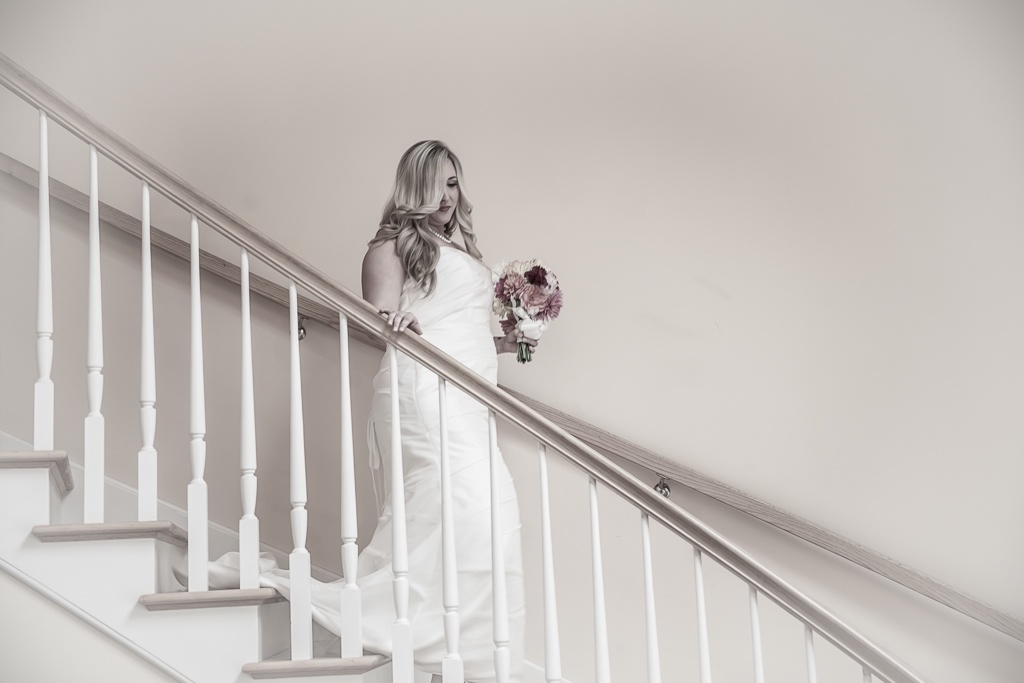 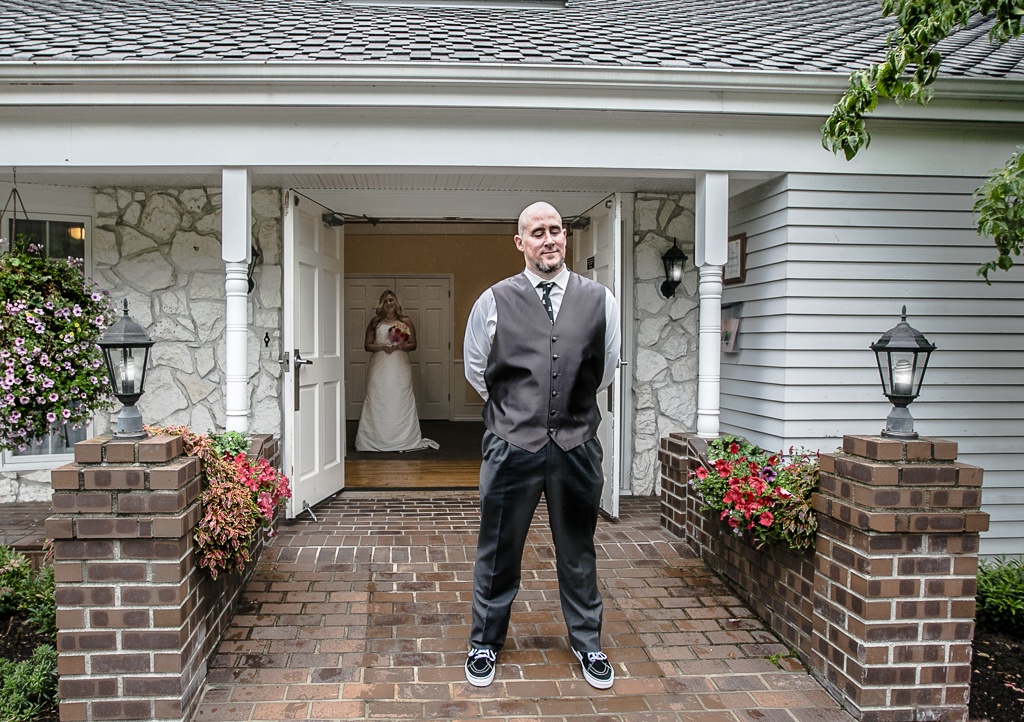 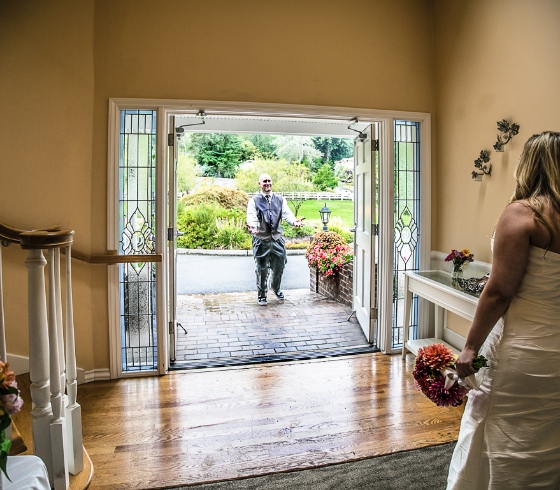 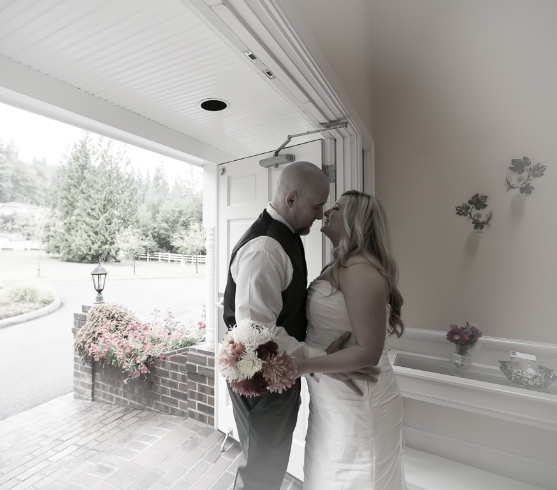 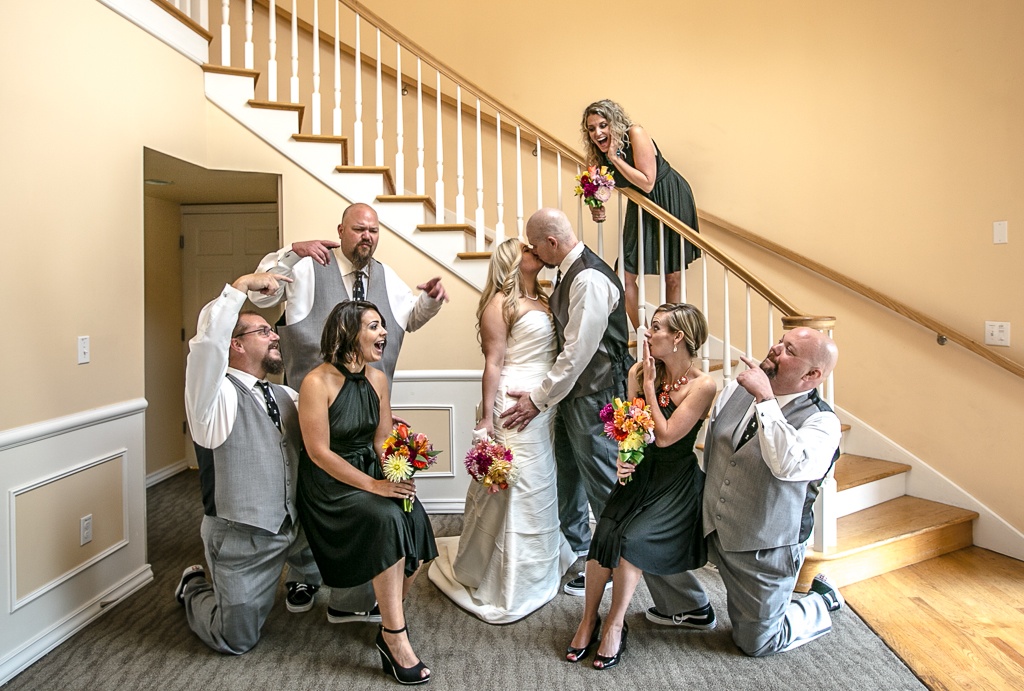 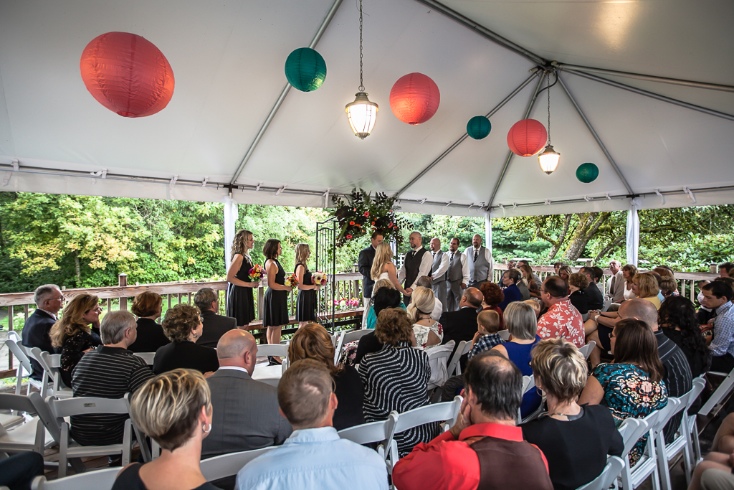 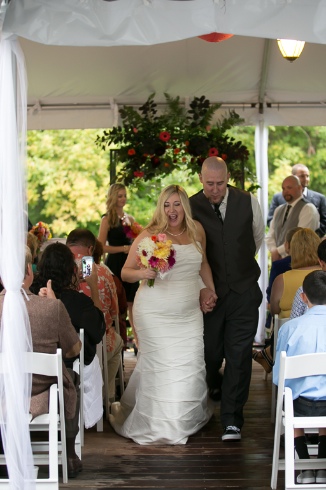 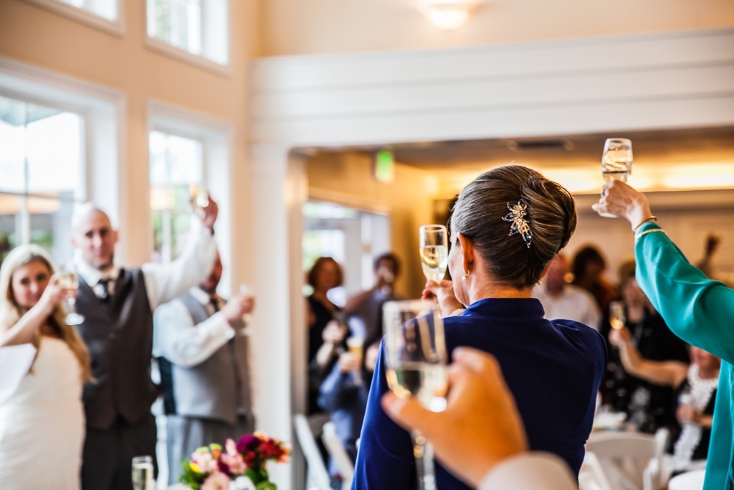 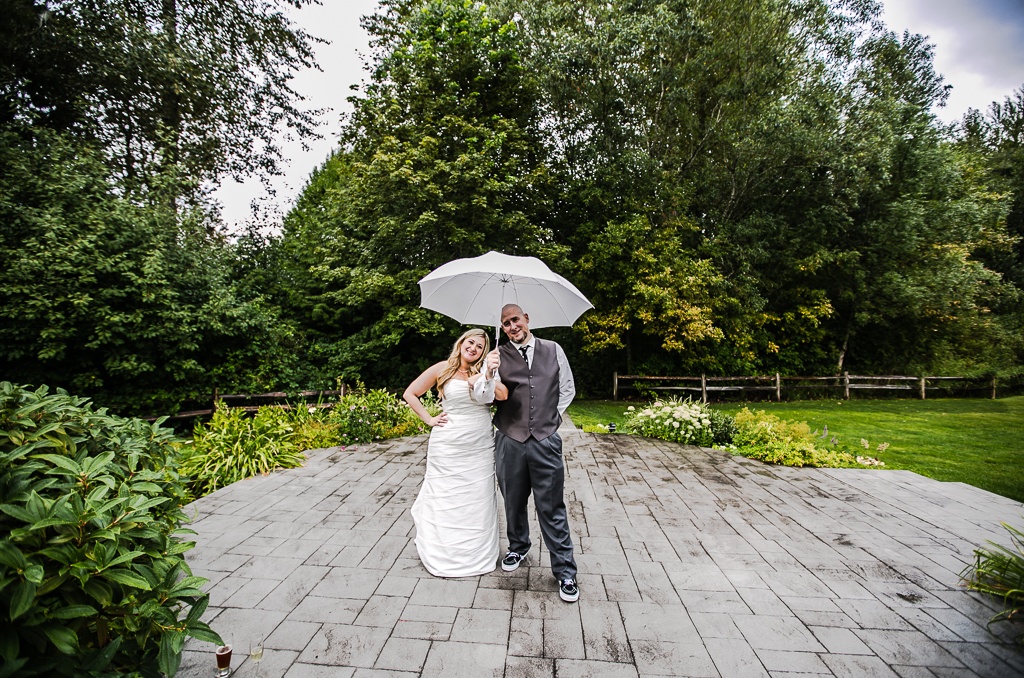 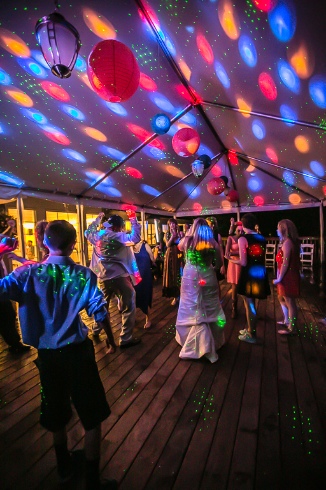 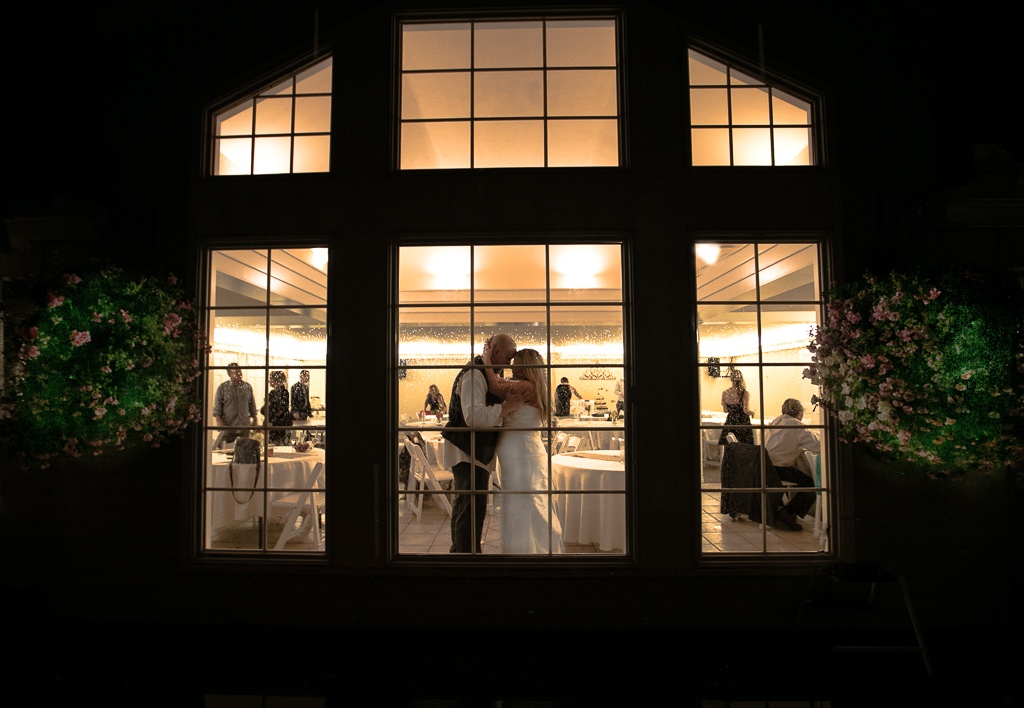 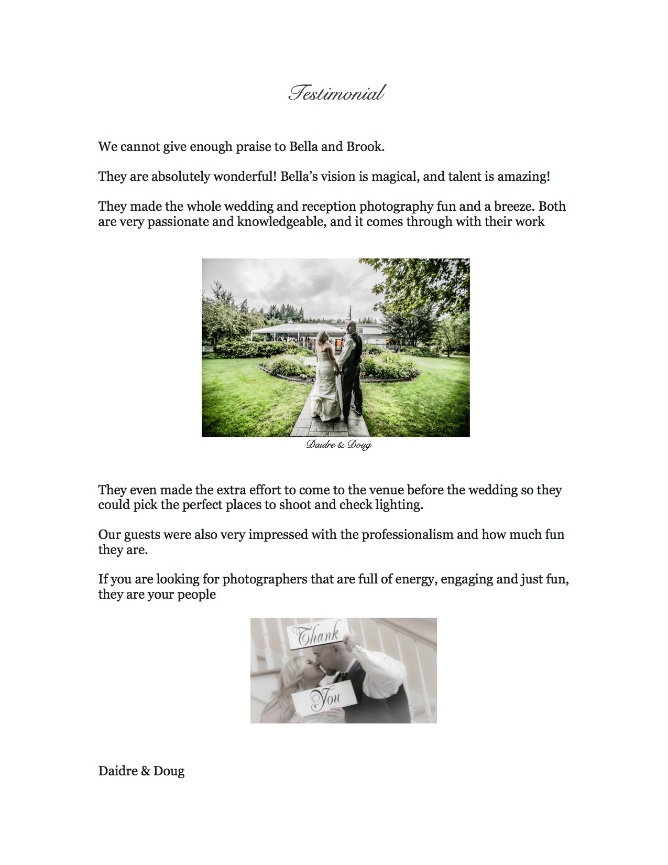